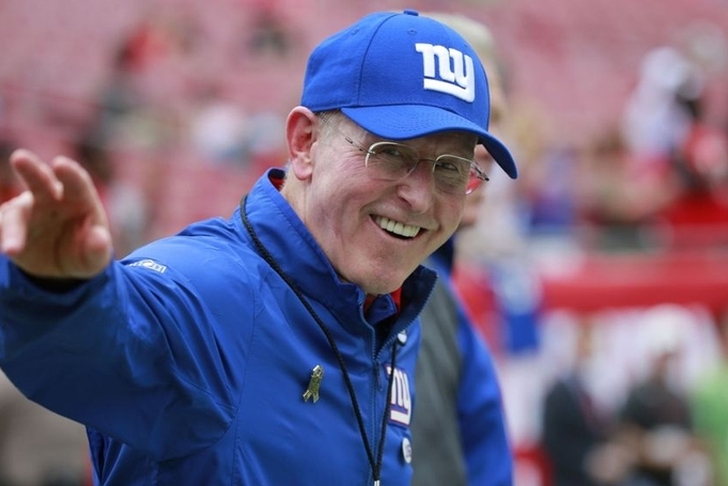 New York Giants head coach Tom Coughlin is expected to re-sign and "ride off into the sunset" following their regular-season finale against the Philadelphia Eagles, according to FOX Sports' Jay Glazer. Mike Garafolo reported earlier this week that Coughlin was strongly thinking about resigning on Monday.

There are multiple reports that Coughlin brought a lof of his family members onto the field before the game, a change from his usual strict operating procedure.

New York is in the midst of their thrid straight losing season and are just 12-19 over the past two years.

Coughlin took over as head coach of the Giants in 2004, leading them to two Super Bowl championships in 2007 and 2011 while posting a 102-89 overall record. Prior to his stint with New York, Coughlin coached the Jacksonville Jaguars from 1995 to 2002.