Will Saquon Barkley play in Week 1 for the Giants? 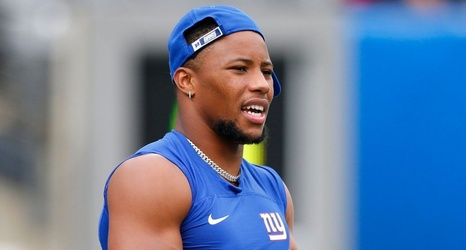 Saquon Barkley is well aware that fantasy football players are clamoring for information about his status for Sunday’s opener against the Broncos.

But he has a fantasy of his own, one that has played in his head since about a week after his season-ending knee injury in Week 2 of last season.

He has visualized being back on the field with his teammates, and unlike last season, doing so in front of Giants fans at MetLife Stadium.