What’s the secret to Darius Slayton’s re-emergence at wide receiver? 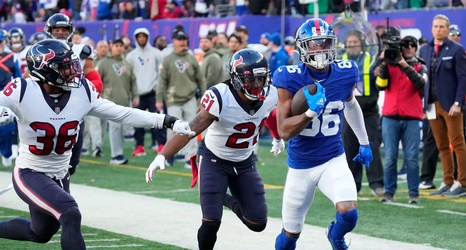 The New York Giants have had a persistent a problem on their offense. While their running game has carried the team, they’ve had one of the worst passing attacks in the NFL. Part of the problem has been a system that just doesn’t want to throw the ball often or far downfield. But also, the Giants have struggled to find consistent answers in their receiving corps. Their top receivers have spent most of the season injured and their depth receivers are, well, depth receivers.

And then there was Darius Slayton. Slayton had a breakout rookie campaign, catching 48 passes on 84 targets for 740 yards and 8 touchdowns in 2019.