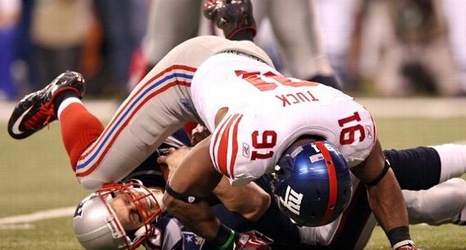 Somehow, perhaps influenced by divine intervention and the greatest quarterback in NFL history, the New York Giants remain the only team to beat Tom Brady and Bill Belichick in the Super Bowl. That remained the case after the New England Patriots rallied from a 25-point deficit to beat the Atlanta Falcons on Sunday night.

Based on my text messages and Twitter timeline, this was a win for the Giants and quarterback Eli Manning. They remain the lone Patriots slayers.

The Giants laid out the blueprint to beat New England in the Big Game.