What does Daniel Jones need to prove to be part of the Giants' future? 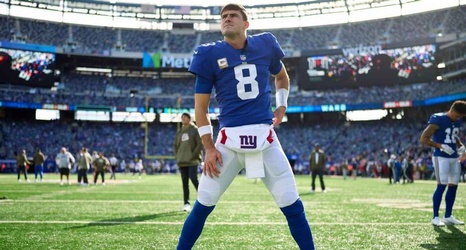 JOE SCHOEN'S FOOTSTEPS echoed through the empty hallways of the New York Giants' Quest Diagnostics Training Center. It was 7:30 a.m. on Tuesday when he peered into what he expected to be a player-less cafeteria.

That's when he spotted Daniel Jones.

Schoen saw his quarterback eating breakfast, while the rest of his teammates enjoyed their Week 9 bye. Jones was preparing for a day of workouts and film study.

While Jones has helped the 7-3 Giants emerge as this season's surprise success story, his future in New York has been the subject of debate.