What can we learn from NY Giants’ PFF grades, snap counts vs. Dallas Cowboys? 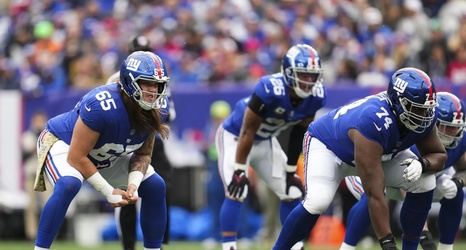 Let’s take a look at Thursday’s Pro Football Focus grade and official snap counts for the New York Giants vs. the Dallas Cowboys.

Here is an interesting development. Nick Gates, making his first start of the season at center in place of the injured Jon Feliciano, graded far better than Feliciano did in any of the Giants’ first 10 games.

Gates posted an 82.4 overall grade, a nearly-elite 88.6 as a run blocker. As a pass-blocker, Gates allowed just one quarterback hit in 43 pass-blocking snaps. Feliciano has twice this season graded above 70.