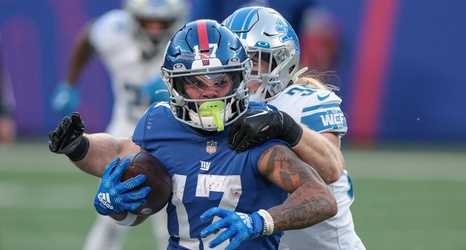 Wan’Dale Robinson’s season is over. The New York Giants rookie wide receiver suffered a torn ACL in the team’s loss to the Detroit Lions on Sunday.

Robinson, who missed four games earlier in the season with a sprained MCL, was having his best game as an NFL player before suffering the injury. Robinson had nine receptions on 13 targets for his first 100-yard receiving game.

“Wan’Dale had a good game,” said head coach Brian Daboll. “He was really trending in the right direction. Really felt healthy and had quickness.”

Robinson was chosen by the Giants in the second round of the 2022 NFL Draft.