The ‘winning football’ the Giants need to be chasing 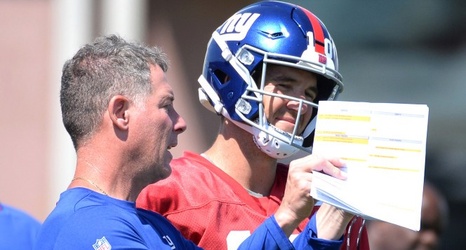 Giants head coach Pat Shurmur didn’t want to be pinned down to how many wins his team needs to achieve this season to show the kind of progress that will make the franchise feel good about itself again.

“Let’s worry about the Cowboys,” Shurmur said on Wednesday as the Giants began full preparation for Sunday’s season opener at AT&T Stadium in Arlington, Texas.

“I’m not trying to avoid that question. The progress is we have to start playing winning football.”

OK, let’s use generalities if not specific numbers. Winning football essentially means winning more games than you lose, which means the best way to show progress this year is to have a winning season, which means at the very least the Giants need to go 9-7 to play “winning football.