The Derek Jeter lessons for Giants in Eli Manning benching 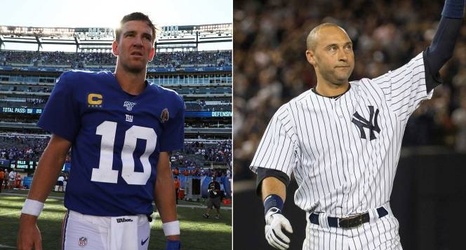 The people who were watching with their eyes, not their hearts, saw it. The legacy player was inferior, inadequate. The uniform was the same. The guy in it was the same person. But he wasn’t the same player.

In 2014, the Yankees deployed Derek Jeter almost daily at shortstop, though every metric and every scout concurred that his defense had become silver-haired, far from Gold Glove. The Yankees kept installing Jeter in the second spot in the lineup though the magic had left his bat — he had the ninth-worst OPS-plus of any qualified hitter (by the way, one of those worse than Jeter was DJ LeMahieu).