Stats, snap counts from the Giants 23-20 Week 9 win over Washington 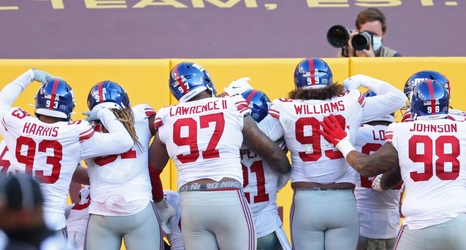 The New York Giants are celebrating their second win of the season, and second win over the Washington Football Team.

As we do every week, it’s time to take a look at the snap counts to see who played, how much, and who didn’t play. We’ll also be taking a look at some of the advanced stats to try and gain some understanding of why the game turned out as it did and what we can learn going forward.