Shane Lemieux expected to miss remainder of the season 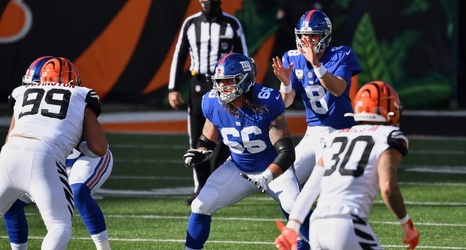 Starting left guard Shane Lemieux underwent surgery to repair his left patellar tendon at the Hospital for Special Surgery on Thursday and will miss the remainder of the season, according to an update from the New York Giants.

The second-year guard will likely not see playing time again until 2022.

Lemieux started dealing with this injury during the summer. He missed time in training camp but was well enough to start in the Giants’ Week 1 opener against the Denver Broncos.

He played just 17 snaps though before being placed on injured reserve.