Separation is not the metric of success for Kenny Golladay 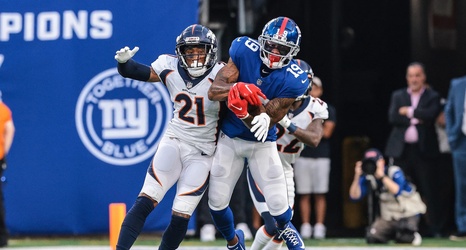 New York Giant wide receiver Kenny Golladay had a difficult first season after signing as a free agent, and all eyes are on him to see if he can turn it around in 2021. NBC's Peter King was at the Giants' training camp on Friday, and he had this to say about Golladay, according to NBC Sports Pro Football Talk:

"The Giants are waiting to see more from their $18-million-a-year 2021 free agent, Kenny Golladay, who’s not separating from DBs well early in camp. That signing looks like a disaster."

Does Golladay really get less separation than other wide receivers?