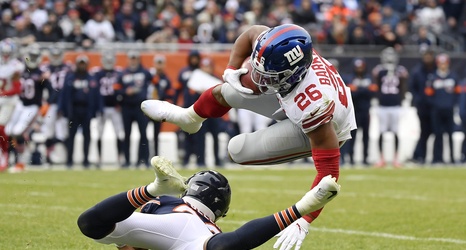 Last season was a rough one for New York Giants running back Saquon Barkley, but it’s easy to forget that it was only one season prior when Barkley was contending for the Offensive MVP award as a rookie. Barkley was in the running to lead the league in rushing yards during his rookie season and while he didn’t win the rushing title or the award, it looked like something that was definitely in his future thanks to what he was able to do early on even while playing with subpar talent.

Then, injuries happened in 2019 and Barkley was thrown out of the running early on, missing a number of games and struggling after coming back until the last stretch of the season, when he started to look more like himself.