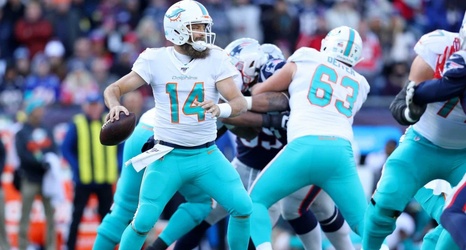 In the midst of filling out the new coaching staff, New York Giants head coach Joe Judge has decided who will be mentoring Daniel Jones. Big Blue hired Jerry Schuplinski to be the team’s new quarterbacks coach this past week. Schuplinski previously served as the assistant quarterbacks coach for the Patriots (2016-18) and the Dolphins (2019).

During his time in Miami, Schuplinski was able to work with journeyman quarterback Ryan Fitzpatrick. The veteran, who’s played for eight different teams, inked a two-year deal with the Dolphins prior to the 2019 campaign.