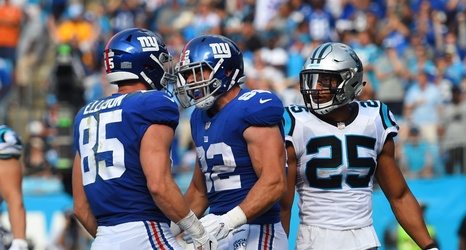 New York Giants tight end Rhett Ellison is considered to be on the top of the team’s ‘cap casualty’ list this offseason but was not included in the first round of cuts this week along with linebackers Alec Ogletree and Kareem Martin.

That is because Ellison is rumored to be ‘mulling retirement’ after missing the last six games of the 2019 season with a concussion. Ryan Dunleavy of the New York Post is reporting that several sources believe that Ellison’s career could be over.

That would change the dead cap charge the Giants would be responsible for this season had they released him instead:

Ellison, 31, signed a four-year, $18 million free-agent contract in 2017 but was supplanted as the starter only six weeks later when the Giants drafted Evan Engram.