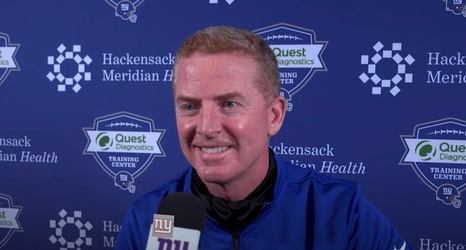 It sounds like former New York Giants’ offensive line coach Marc Colombo isn’t the only operson that’s having a hard time getting along with head coach Joe Judge.

Jason La Canfora of CBS Sports reported on Sunday that Giants’ offensive coordinator Jason Garrett could also be on the way out.

Sources said there has been friction and turmoil within other aspects of that staff as well, with offensive coordinator Jason Garrett under scrutiny and a change at that key staff position a very real possibility in 2021.

The Giants’ offense has looked very good for the most part due to the fact that running back Saquon Barkley has missed most of the season after suffering a torn ACL in week two and that they don’t have a true number one wide receiver.