Redemption vs. Cowboys might have to wait for Giants’ RT Evan Neal 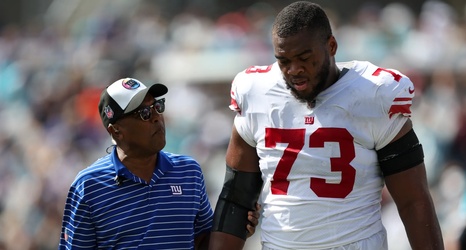 New York Giants rookie right tackle Evan Neal had the worst game of his life in Week 3 against the Dallas Cowboys. He surrendered three sacks to DeMarcus Lawrence and allowed five total pressures as the Cowboys beat the Giants, 23-16.

Neal would love the opportunity to test himself on Thursday as the Giants face the Cowboys for a second time. He has, though, not played since suffering a sprained MCL Week 7 against the Jacksonville Jaguars and is in a large contingent of players head coach Brian Daboll said Tuesday will be “last-second” decisions.