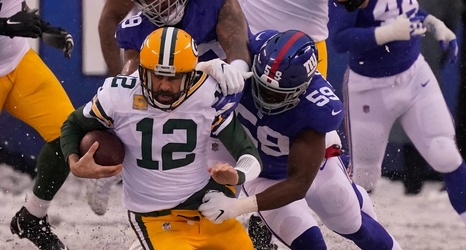 The New York Giants’ EDGE group was decimated by injuries last season. Oshane Ximines suffered a shoulder injury after Week 4, Lorenzo Carter tore his Achilles 10 snaps into Week 5, and Kyler Fackrell suffered a lower-leg injury that resulted in four missed games down the stretch of the season. Markus Golden, a talented EDGE rusher who had 10 sacks in the previous season within James Bettcher’s scheme, was stylistically out of place. The Giants traded him for a 2021 sixth-round pick - the one spent on Oklahoma State cornerback Rodarius Williams.

David Mayo, Jabaal Sheard, Trent Harris, Cam Brown, Niko Lalos, and Carter Coughlin were all forced to play significant snaps at the position in lieu of the injured starters.