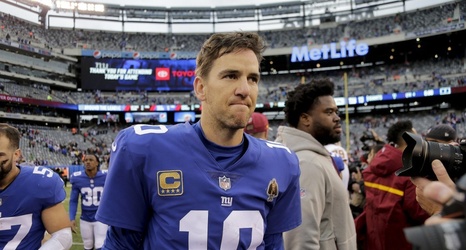 At 1-7, changes for the Giants offense are inevitable, and head coach Pat Shurmur appears to at least be open to the idea of a quarterback other than Eli Manning starting in Week 10 in San Francisco against the 49ers following the Bye.

"We'll see," Shurmur said Monday at the Quest Diagnostics Training Center, when asked directly if Manning would start against the 49ers in two weeks. "I think ... Eli is our quarterback. I know that all of you are trying to tease a headline out of it. At this point, alright, Eli is our quarterback, and we're looking at all areas to improve.