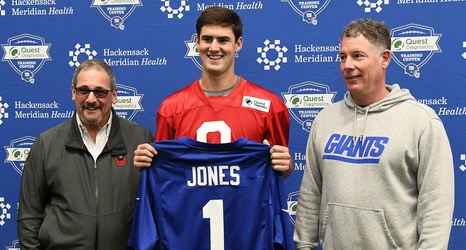 As training camp approaches, Post NFL columnist Steve Serby looks at the biggest characters in the world of the Jets and Giants.

Dave Gettleman doesn’t only need to be right about Daniel Jones.

He needs to be right about Pat Shurmur.

Because Jones’ development will be in Shurmur’s hands now.

The passing of the torch from Eli Manning — when and why — will be determined by Shurmur.

There were two overriding reasons why Gettleman hired Shurmur and ownership signed off on him:

He was an adult.

He was a quarterback whisperer and superior offensive play-caller.