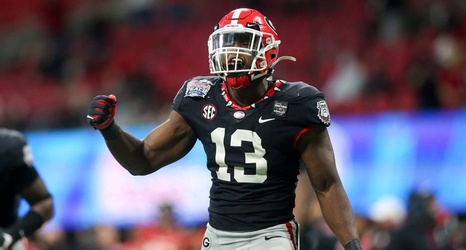 With less than a month until the 2021 NFL draft, the New York Giants are getting all of their final evaluation’s done. Over the past few weeks, the Giants have sent plenty of front office executives and management to evaluate several pass rushers who will be available in the draft.

However, there have been conflicting reports, as Daniel Jeremiah believes that the Giants will target a playmaker on offense with the 11th overall pick, despite the fact that they have spent a ton of resources looking into pass rush options to further bolster their defense.