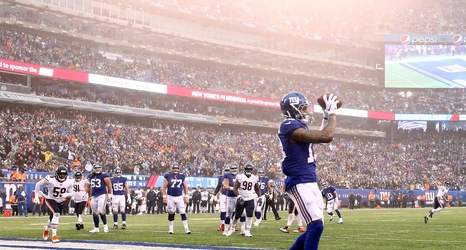 Wide receiver Odell Beckham Jr. will be visiting the New York Giants after the Thanksgiving Holiday.

Ian Rapoport and Tom Pelissero of the NFL Network are reporting that the Giants have emerged as a frontrunner to sign the former Pro Bowl and All Pro receiver. Pelissero and Rapoport add that their sources indicate that the other leading team in Beckham’s camp is the Giants’ division rival Dallas Cowboys.

The Cowboys, from Micah Parsons to Jerry Jones, have openly recruited Beckham, taking to both social media the national media.

The two teams would have different attractions for Beckham.