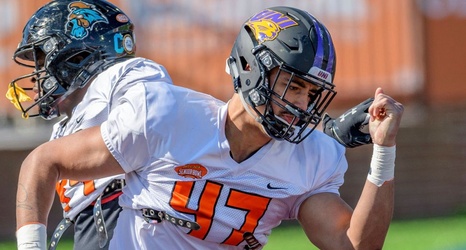 The official status says that Elerson Smith opted out of his final season at Northern Iowa, but really it was taken from him.

The edge rusher was coming off a breakout performance in 2019 when he recorded 14 sacks in his first year as a starter and hoping to build on it to make NFL scouts notice.