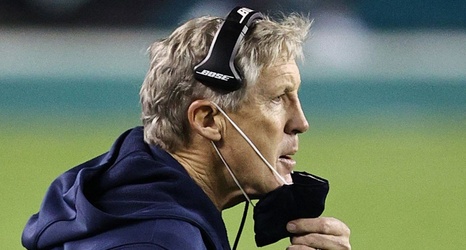 Pete Carroll remembers what people said about his 2010 Seahawks when they won their division with a 7-9 record.

"It was an unusual experience and there were a lot of disparaging comments and stuff, like we didn’t belong and all that kind of stuff," Carroll said. "That just added to the fun of beating the world champs in the opening game."

They knocked off the Saints — in Seattle — and became the first team in a non-strike-shortened year to not just make the playoffs with a losing record but win a game in the tournament.