Next challenge for Saquon Barkley? Keeping focus during offseason 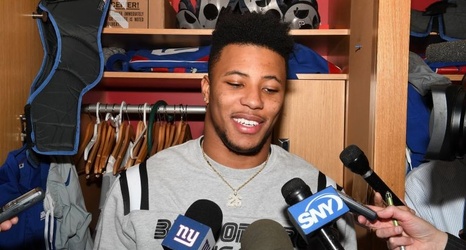 Throughout the entirety of his brief NFL career, Saquon Barkley has been a Giant. Not just in terms of playing for the team, but being with the team. They drafted him in April and have had him within the parameters of their organization pretty much ever since, with the exception of a few weekends away and a month of summer vacation before training camp. Even then, though, there was a structure to the relationship between player and team.

Now the Giants will send their star out into the big bad world. He won’t be reporting to work at the team facility each day.