New York Giants: Will Daniel Jones Get Any Playing Time in 2019? 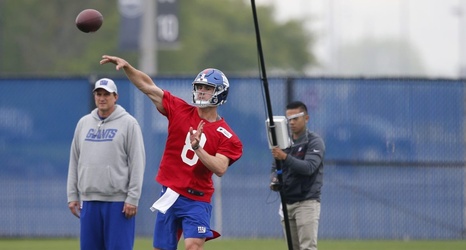 One of the more weighted objections against drafting quarterback Daniel Jones with the 6th overall pick in the 2019 NFL draft was that he wouldn’t start immediately. The New York Giants passed on stud pass-rusher Josh Allen in favor of the Duke passer, and he will sit in the QB3 role to start the season.

The idea of him starting a game in 2019 or even replacing Eli Manning during the game surely excites the mind — everybody wants to see what he’s capable of and if this pick has the potential to develop into everything GM Dave Gettleman hoped and more.