New York Giants: What Daniel Jones said in the huddle to fuel his teammates 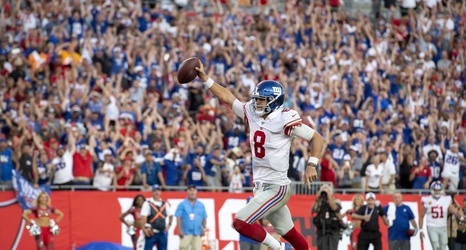 When New York Giants rookie quarterback Daniel Jones stepped into the huddle on what was the game-winning play against the Tampa Bay Buccaneers, he was as poised as ever.

Having already rushed for one touchdown in the game and thrown for two more, Jones had a slew of choices he could make to pull ahead of the Buccaneers late in the fourth quarter. On fourth down, Johns entered the huddle and did something he hasn’t done since joining the Giants this summer.