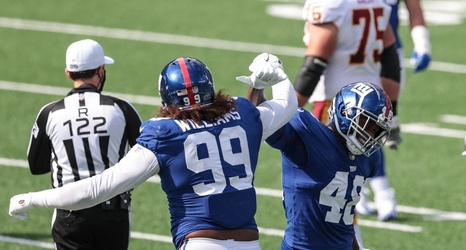 The New York Giants defeated the Philidelphia Eagles in a heated divisional battle on Sunday.

The Giants were able to secure their third win of the season in a 27-17 victory over the Eagles. This divisional win was big for Joe Judge and the Giants as it puts them right back in the thick of things as they are only 1.5 games out of a playoff spot; yes, the NFC East is that bad. Nevertheless, there’s no saying how much a win like this (New York never trailed in the contest) can do for the players and the staff.