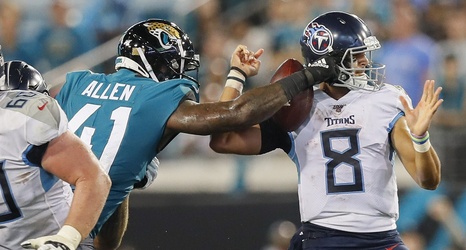 The beginning of the “Danny Dimes” era was incredible. New York Giants rookie quarterback Daniel Jones led the team to a comeback victory over the Tampa Bay Buccaneers, recording four touchdowns, two on the ground.

Jones wasn’t the only first-round pick the team made, as they selected interior defensive lineman Dexter Lawrence with the 17th pick acquired in the Odell Beckham Jr. trade, and traded back into the first round to grab DeAndre Baker with pick 30.

However, the team reportedly had their eye on a much bigger name.