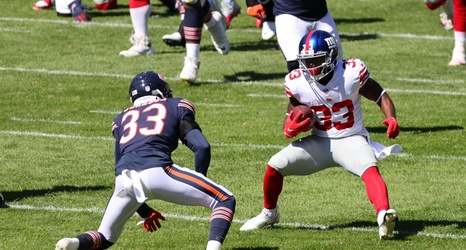 The New York Giants responded to the Saquon Barkley injury by signing Devonta Freeman. The former Falcons running back looks to be their starter for the rest of the year as Barkley’s ACL recovers. However, Freeman is one running back in a rotation of multiple. With the team’s best player out, it’s reasonable to assume the Giants will give more touches to their backup backs this year.

Who is manning those backup spots? Largely, that’s one new signing and one player that’s been with the Giants for the past three seasons.

Former Patriots and Titans running back Dion Lewis was signed during the offseason by the Giants.