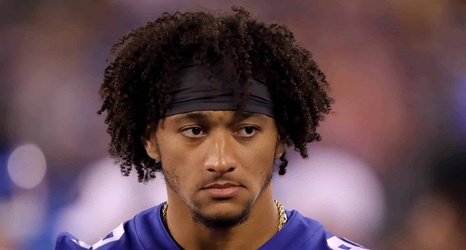 With the NFL trade deadline approaching — Nov. 3 at 4:00 p.m. ET — one of the bigger names that could be on their way out of East Rutherford is Evan Engram. The fourth-year New York Giants tight end hasn’t exactly impressed since his promising 2017 rookie campaign, a season in which he led the team in both catches (64) and touchdown receptions (six).

Drops, injuries, and the inability to block have all forced fans to desire a trade involving the 26-year-old, but per a league source close to ESPN’s Jordan Raanan, that isn’t likely to happen.