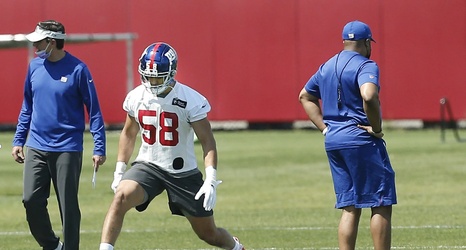 Elerson Smith, the New York Giants’ fourth-round pick in the 2021 NFL Draft, will make his debut Sunday against the Las Vegas Raiders. Smith, who has been on IR with a hamstring injury suffered right before training camp, was activated on Saturday.

Smith, 6-foot-6 and 250 pounds, has not played in a game since the end of the 2019 season. The former Northern Iowa star missed the 2020 season when the Missouri Valley Conference cancelled play due to COVID-19.