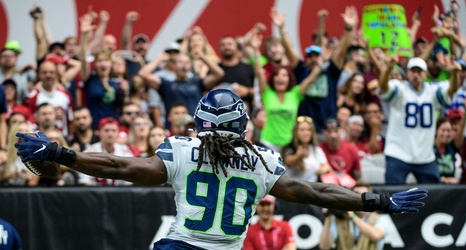 “I think he came in, he loved the culture, loved the coaching staff, loves the chefs, loves our equipment guys,” John Schneider of Seattle said. “He’s a really fun guy. He’s a blast to be around and I hope we can continue that. Super disruptive.”

The New York Giants could be a good fit:

Given the ample cap-space the Giants currently have (about $75 million), they can easily afford to pay Clowney. However, I’m skeptical it’s worth the investment, having missed nine games over the past five seasons. He does have the ability to play both defensive end and outside linebacker, giving him the diversity the Giants need in a new defensive scheme run by Patrick Graham.