New York Giants RB Saquon Barkley trusting his body again, 'starting to get that swagger back' 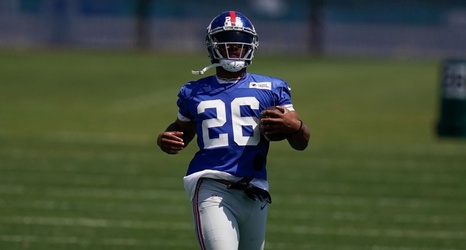 EAST RUTHERFORD, N.J. - New York Giants running back Saquon Barkley is starting to get his swagger back. In order for that to happen, it means at some point it was lost.

Barkley admitted for the first time after Wednesday's minicamp practice that his confidence took a hit in recent years. He didn't fully trust the right knee he tore early in the 2020 season and it contributed to his struggles last year.

But things are finally starting to look up after three injury-filled seasons.

"Coming into this [minicamp], focus on my body, work on my body.