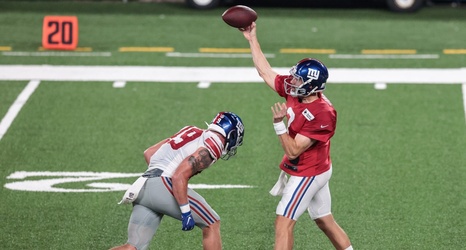 The New York Giants have sustained multiple injuries at outside linebacker, leaving Kyler Fackrell and Markus Golden as their primary pass rushers.

When the season began, they had Lorenzo Carter and Oshane Ximines both featuring at the position, but Carter tore his Achilles against Dallas in week five, and Ximines was placed on injured reserve with a shoulder issue.

Losing Carter was a massive blow to the defense, as Dallas immediately marched downfield and used a power running scheme to overwhelm the Giants’ defense immediately after he was carted off. While Carter isn’t the type of linebacker to rack up sacks, he did a fantastic job securing the edge with his length and athleticism.