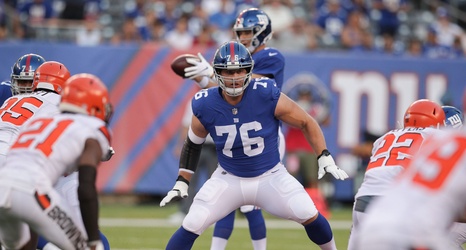 Some might have hoped the New York Giants would move Nate Solder to guard this season, but according to Jordan Raanan, that isn’t in the organization’s plans. That might come as a surprise to some, of course. Solder has struggled since joining the Giants and missed the last season entirely after opting out.

He’s not returning following a successful first couple of years to his Giants career. Rather, Solder will have to fight to keep a starting spot in the lineup and will make less money doing it thanks to a restructured contract.

Many thought the Giants would move Solder to guard because of these struggles and leave the tackle spot to others, but Raanan claims otherwise and says the Giants aren’t seriously considering it.