New York Giants: Pat Shurmur’s job is hanging on by a string 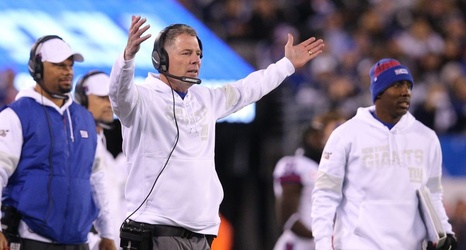 It’s an abnormality for star running back Saquon Barkley to record one yard in an entire game. Barkley entered week 10 against the New York Jets averaging 5.0 yards per carry but finished the contest averaging just 0.1. The New York Giants subsequently fell to the Jets, 34-27, primarily on the back of the defense and their lack of ability.

However, the failure to utilize Barkley falls on head coach Pat Shurmur. Now, there were instances where Barkley shied away from his lead blocker and would plunge straight up the middle, but that’s no excuse for Shurmur, who has every right to pull Saquon in favor of Wayne Gallman.