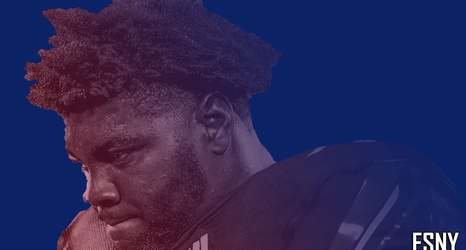 As the NFL Draft creeps closer, many New York Giants fans hold the belief that Big Blue may take a defensive player with their No. 4 overall pick. And why shouldn’t they? Their pass rush was 22nd in the league last year with just 36 sacks. The secondary, on the other hand, ranked 28th with 264.1 passing yards allowed per game.

But because of the fact that the defense struggled so much, a number of people have begun to overlook just how bad the offensive line was as well. Led by an overpaid left tackle in Nate Solder, the Giants tied for 19th in the league with 43 sacks allowed.