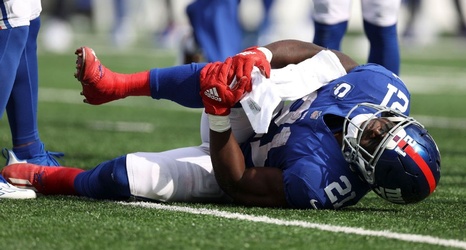 EAST RUTHERFORD, N.J. -- The season of New York Giants safety Jabrill Peppers is over after he suffered ankle and knee injuries Sunday in a victory over the Carolina Panthers.

Peppers ruptured the ACL in his right knee in the third quarter of the 25-3 victory. He also suffered a high ankle sprain and was placed on injured reserve.

He's now the third Giants captain to land on season-ending injured reserve this season, joining offensive lineman Nick Gates and middle linebacker Blake Martinez. Another captain, running back Saquon Barkley, has also missed a pair of games as the team has been ravaged by injuries in recent weeks.