New York Giants: Kyle Lauletta Was Told Not To Worry 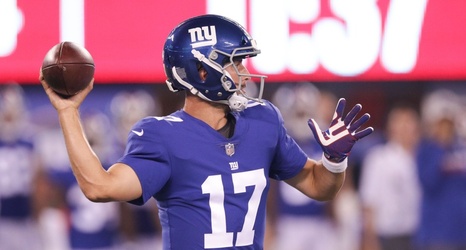 One of the more interesting players on the New York Giants at the moment is second year quarterback Kyle Lauletta, who many thought would be a longer term project player when he was drafted last offseason. However, Lauletta’s regular season appearance in 2018 left a lot to be desired and the brief hype was never really lived up to – fans sometimes called for Lauletta to start following the team’s disaster of a beginning to the season, but those calls seemingly vanished as soon as Lauletta had time in an actual game, resulting in multiple turnovers.

This offseason, the Giants made a move which looks suspiciously like they’re moving away from Lauletta entirely.