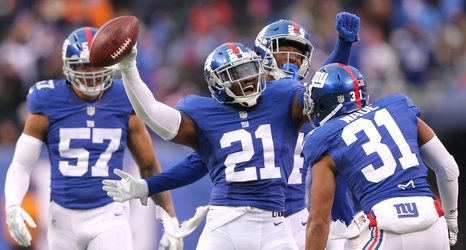 Is Jerry Reese a good general manager? Every New York Giants fan has their own opinion on the ten-year GM, but it’s safe to assume that the general sentiment is mostly negative.

There’s no doubt that Reese has had his stumbles—quite a few of them if we’re being honest. However, over the last three seasons, Reese has undergone a total transformation. He is no longer a bad general manager; in fact, he’s now one of the best.

Prior to the 2015 NFL draft, Reese was on the hot seat. After several largely unsuccessful drafts (with the exception of 2014) and multiple poor offseason signings, Giants fans and ownership were calling for Reese’s head.