New York Giants: Is Daniel Jones ready to make a major jump in 2020? 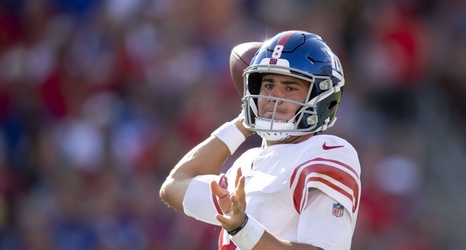 When the 2019 season began, the initial plan for the New York Giants was to feature Eli Manning at quarterback and march forward with their esteemed veteran in hopes of making a playoff appearance. However, the team was nowhere near being ready to earn a spot in the postseason, especially with ample youth in the secondary and a lack of pass-rush talent on the defensive line.

Manning was quickly escorted off the first-team by week three, and that’s where the legend of Daniel Jones began. Jones won his first two contests, squeaking out a marginal victory against the Tampa Bay Buccaneers on a missed field goal by Matt Gay as time expired.