New York Giants: How does the loss of Lorenzo Carter affect the defense? 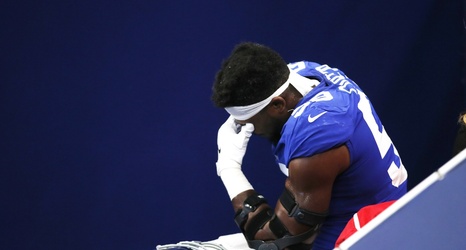 The New York Giants lost more than their week five contest against the Dallas Cowboys on Sunday afternoon, they also lost outside linebacker Lorenzo Carter for the remainder of the 2020 season. Carter tore his Achilles, a major blow to his young, developing career and the defense.

Carter, who has been a fantastic presence on the edge for the Giants this year, playing in 71% of snaps prior to going down. He missed just one tackle and racked up 15 combined tackles, four quarterback hits, and 1.0 sacks over five games. However, his ability to secure the edge and limit the run game was apparent.