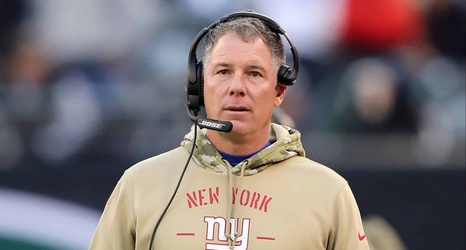 The New York Giants have officially lost six-consecutive games. In correlation, the end of head coach Pat Shurmur‘s tenure could officially be right around the corner. After Sunday’s 34-27 loss to the New York Jets, Shurmur’s seat is only getting hotter.

Whether he’s fired Monday morning, or at the end of the year, or even beyond that, Shurmur isn’t worried about his job security. He confirmed that to reporters after the loss to their crosstown rivals.

Is Giants HC Pat Shurmur worried about losing his job?

"My concern is putting a team on the field that's going to win a football game… it's a one week concern" pic.