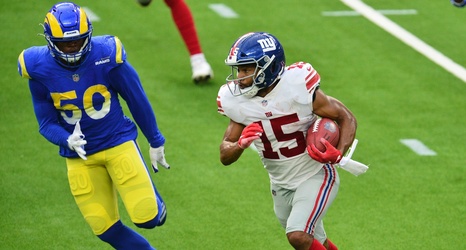 The New York Giants have some tough decisions to make with the 2020 NFL Trade Deadline quickly approaching. The deadline is on November 3 and the Giants have already started to move players for draft capital. Edge rusher Markus Golden was traded to the Arizona Cardinals for a 2021 sixth-round draft pick earlier this week.

But the Giants have had trade talks about multiple players with multiple teams. Sources have confirmed that teams have called about tight end Evan Engram. Ian Rapoport also confirmed reports stating that offensive guard Kevin Zeitler and wide receiver Golden Tate are available for trade.