New York Giants: Forgotten Wayne Gallman surging up the depth chart, but why? 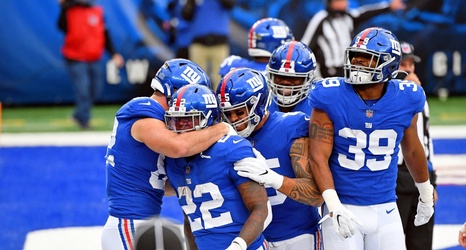 The New York Giants have taken positive steps forward the past few weeks since their one-point loss to the Philadelphia Eagles in week seven. Fast forward to week 10, and the Giants overcame a bolstered Philadelphia team by 10 points.

In what was the most impressive win of the season, quarterback Daniel Jones played his cleanest game, protecting the ball and not giving the Eagles a chance to create turnovers.

The Giants won in two important categories, turnovers and time of possession. Both teams record the same number of first downs gained with 22, but overall, it was the running game that sparked success for a Big Blue.