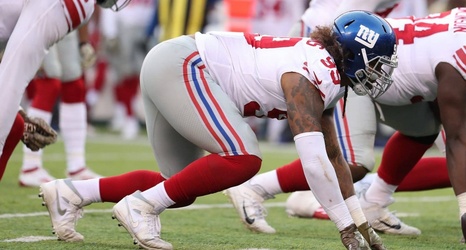 This past October, the New York Giants made their first-ever trade with the New York Jets prior to the deadline. Big Blue sent over a third-round pick in 2020 and a fifth-round pick in 2021 for defensive lineman Leonard Williams. The Giants were hoping Williams would provide depth to their front-seven in what was definitely a head-scratching move.

Now, it’s becoming even more of a questionable trade, if that’s at all possible. Williams has done next to nothing since switching teams. Through four games, he’s racked up just 10 combined tackles with one tackle-for-loss and seven quarterback hits.