New York Giants: Daniel Jones was an improved QB in 2020 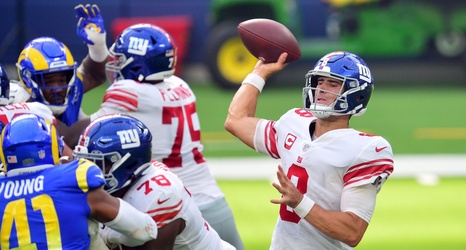 To the naked eye, New York Giants quarterback Daniel Jones did not improve in his second NFL season. He threw 13 fewer touchdowns, his passer rating dropped 7.7 points, and his team finished 6-10. But despite those notable regressions, he improved in a number of areas as well – including the one that plagued his rookie year. By no means did Jones take a monumental leap in year two like some of the quarterbacks in recent years, but progress was made, and the Giants should be confident in their QB of the future heading into 2021.