New York Giants could shift attention to alternative OL in first round, 2-for-1 scenario 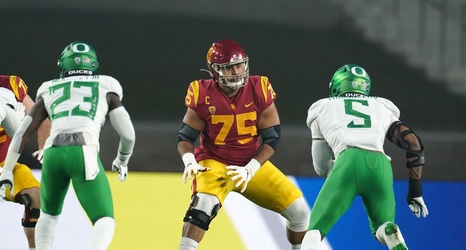 The New York Giants have a difficult decision to make with the 11th overall pick in the 2021 NFL draft, but bolstering their offensive line would be a good decision. Ultimately, there aren’t many poor avenues they can take at 11, considering the talent that is expected to drop after multiple quarterbacks are selected in the top five picks.

Most believe that Northwestern stand-out OL Rashawn Slater could drop to the Giants, and if he does, could be a plug-and-play right guard. After the Giants released Kevin Zeitler, their offensive line was left with a massive hole at the RG position, and they have a few scenarios they can attack in the draft to cover the void.