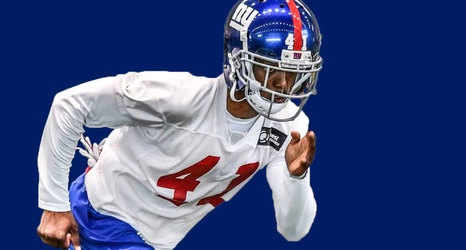 EAST RUTHERFORD, NEW JERSEY—With the exception of Janoris Jenkins and Antoine Bethea, the New York Giants defense consists of young and talented players, most of whom have less than four years of playing experience. Of the players projected to make the roster, only Jenkins, Bethea, and linebacker Nathan Stupar are the only players that are in their 30s.

One of the talented young players on the Giants roster is cornerback Sam Beal. He is entering his second season in the league. The Giants took Beal in the third round of the 2018 Supplemental Draft out of Western Michigan.